Food color trends project growth to rise to $2.3 billion by 2019

...and there’s plenty driving that figure. The growing world-population is of course a factor, but it’s being further shaped by consumer preferences. As we discussed in previous posts, people are essentially wired to consider its color when selecting a food, and as health-consciousness continues its steady rise in popularity, consumer pressure has also come into play.

Thanks to the ready-access to information that people now enjoy via the internet, and the popularity of social media, food bloggers, and natural-health-devoted websites, consumer demand for ‘clean label’ products is at an all-time high.

As author, food biochemist, and nutritionist Danielle Robertson notes, ”The consumer has a louder voice now than during any time in history. Thanks to factors such as (but not limited to) social media (and) food bloggers, [...] consumers have more choices, and more power. With this power, one fad or concern becomes a business mandate faster than you can say, “General Mills Gluten Free Cheerios”. Not all of the consumer-driven formulation changes are bad or scientifically-unfounded, but every re-formulation brings consequences.”1 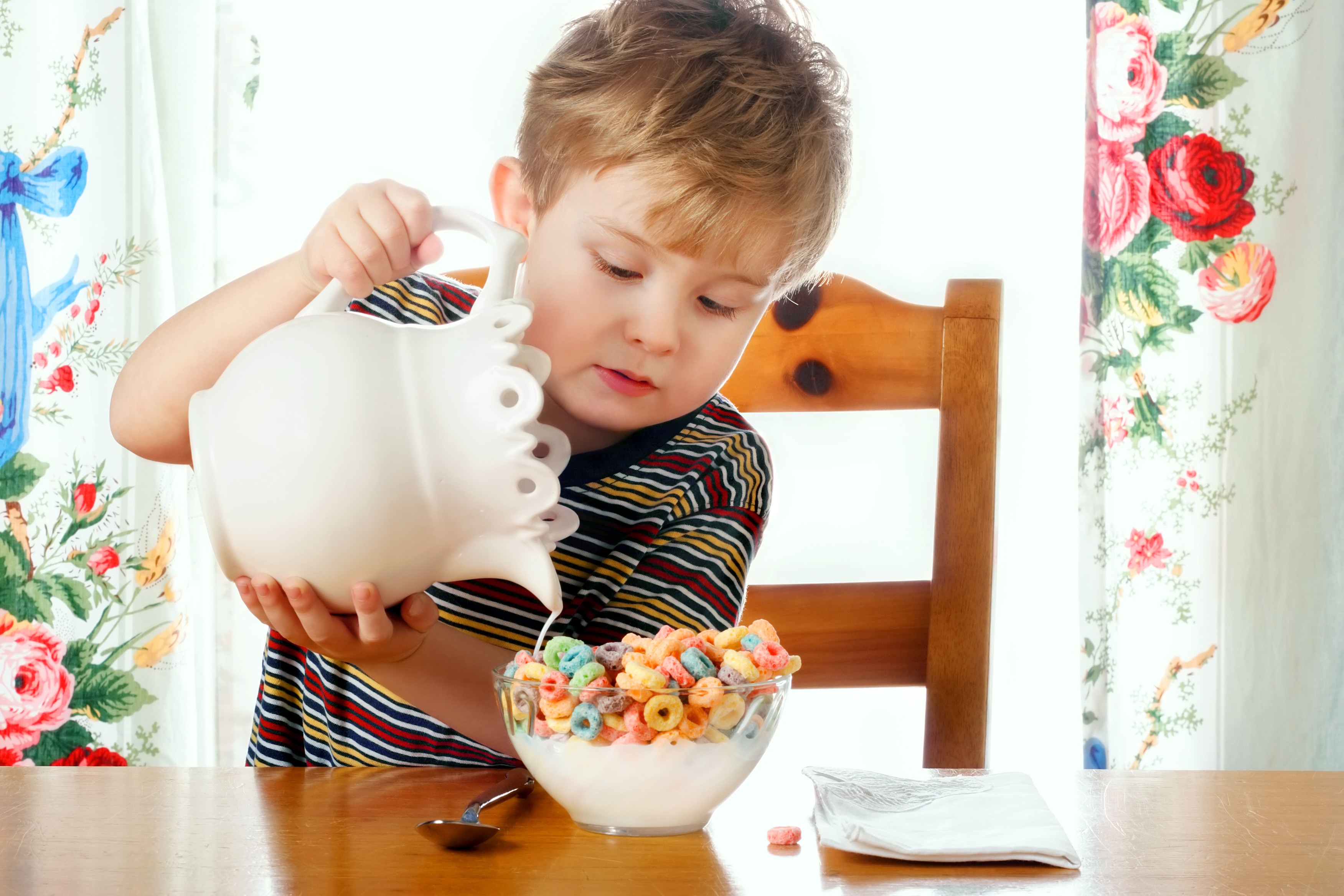 breakfast cereal industry. While it’s relatively easy to formulate synthetic colors that simulate colors found in nature, finding a natural color-source that can match certain artificial colors, without impacting the product’s expected or desired flavor, is to say the least, a huge challenge. And as we’ve discussed earlier, natural colors especially tend to fade during production - adding color is often necessary to enhance the product’s overall appearance, and increase its competitiveness on the open market.

Yet, in June 2015, General Mills pledged to remove all artificial colors from their cereals, pledging to reach 90% of this goal by the end of 2016. They were followed two months later by another giant of the cereal industry, Kellogg, when in August of that same year they announced that they, too, would remove all artificial colors from their products by 2018.

Why all the fuss, you ask?

Cereal sales have been in a slump for years. In 2015, cereal sales totaled $8.75 billion in the U.S., down from $9.6 billion in 2012.2While originally, cold, ready-to-eat cereal was promoted as purely healthful, people today are more aware of what truly makes up a healthy meal, and are looking for simpler ingredients.

“The cereal category is certainly shifting,” Melissa Abbott, director of culinary insights for food research firm Hartman Group, said in an interview with the Times. “Consumers overall are less interested in industrially processed grains as a meaningful start to their day.”3

And while 40% of Baby Boomers still consider cereal a favorite, just as great a percentage of younger people (i.e., millennials) are on-the-go, and see having to use a bowl and spoon, adding milk, and then cleaning it all up afterwards, as nothing more than an inconvenience. They much prefer smoothies, yogurt, or breakfast sandwiches, or at least hot whole grains, to start their days.

”The consumer has a louder voice now
than during any time in history...”

...and breakfast cereal manufacturers that want to become or remain competitive have no choice but to prove that they’re listening.

Check back soon for our next installment of this 6-part series, where we’ll discuss the growing demand for clean-label and natural food colorings in candies and confections:

View other posts from this series