Popcorn an American StapleFirst domesticated in Mexico about 9 thousand years ago, popcorn is now a staple on many snack shelves across America. Once able to be made only in small batches in the kitchen, and early in the 19th century often eaten with milk and sweetener the way we eat cold cereal today, it wouldn’t be produced for wide-spread commercial sale until about 1890, five years after Charles Cretors invented the first steam-powered popcorn maker and vendors began selling it on street corners. Popularity of popcorn as a snack surged during the Great Depression, as it was inexpensive-enough to remain an affordable luxury for many, and while it’s hard to imagine entering a movie theater now without being greeted by the unmistakable aroma of the freshly-made treat, only those movie theaters of the mid-‘30s that bowed to demand and began selling popcorn and other snacks during the shows were able to continue to see a profit through those difficult financial times. Consumption rose even further during WWII, when candy production was curtailed by the reduced availability of sugar due to war-time rationing. Since much of our sugar was sent overseas for the troops, Americans at home increased their popcorn consumption by threefold!

The invention of microwave popcorn in the ‘80s firmly established popcorn in the pantheon of at-home munchables; we can toss an unfolded packet in the microwave, and 90 seconds later pull out a steaming-hot bag of crunchy deliciousness.  According to industry experts, 90% of unpopped popcorn is sold for home use; only 30% of total popcorn sold (both pre-popped and unpopped) is eaten away from home.

While salt and butter are the flavoring standard, we now know that seasoning combinations are really limited only by imagination and creativity. But still, it’s a simple treat, as easy to overlook in the overcrowded snack aisle at the supermarket as it is on the buffet table painstakingly set up for the Big Game

How can you make popcorn ‘POP’?

Edible Glitter™ is the answer! It’s fully heat-stable and insoluble in oils, so it’ll stand up through the popcorn-making process. The small amount of steam released as each kernel pops is all that’s needed for adhesion, so it’s a perfect addition for ready-to-eat products. 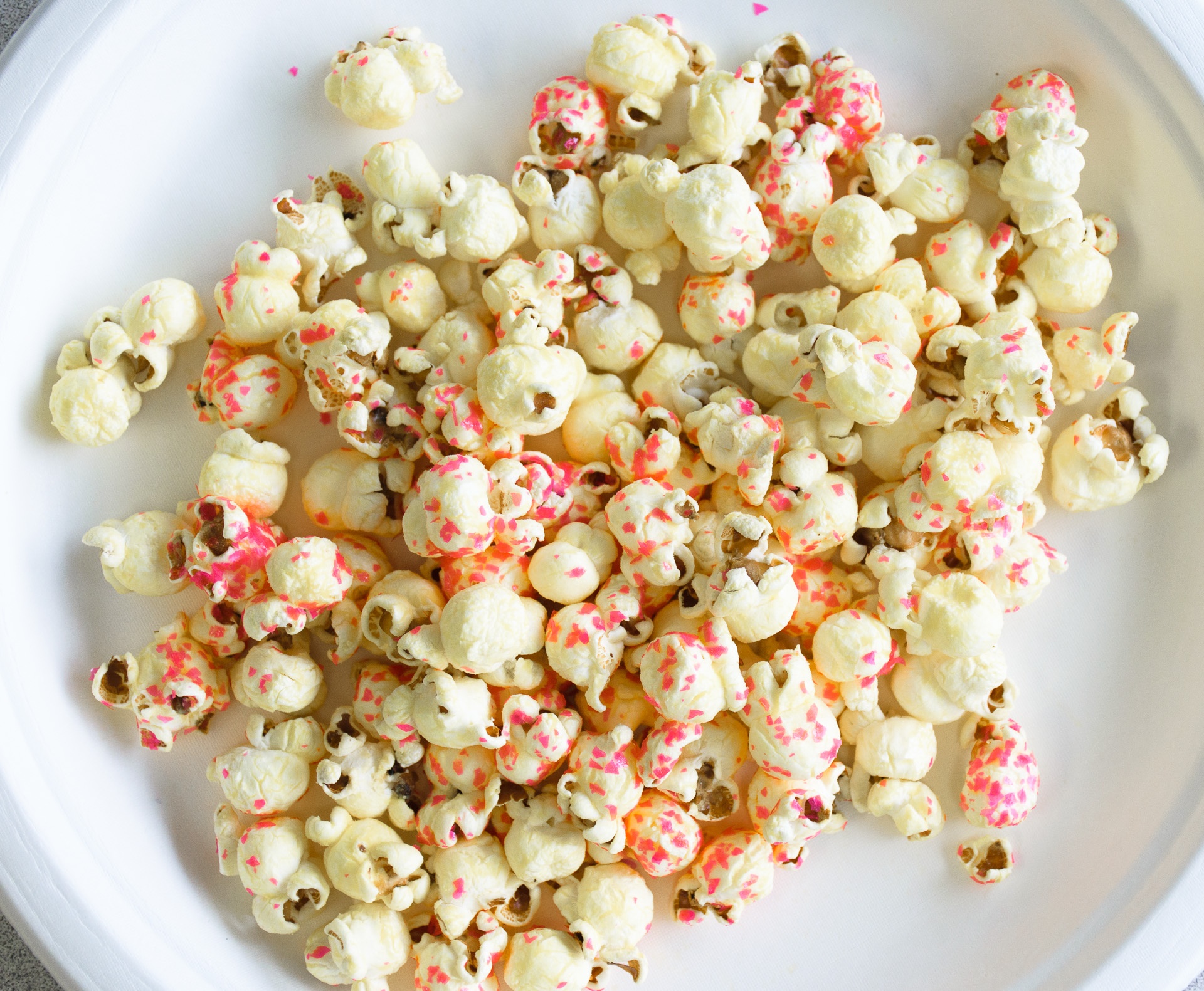 Available in a wide variety of colors (even customized shades!) Edible Glitter™ is all you need to make popcorn a special-occasion treat. Think red-white-&-blue for your cookout on the 4th of July, or orange and black for a healthier Halloween treat.

Get Creative with Edible Glitter

In addition to the full spectrum of colors available, as well as an assortment of Shapes and flake sizes, Edible Glitter™ can also be infused with FLAVOR! Imagine a peppermint-flavored sprinkle in a Christmas tree shape for a holiday party mix, or a sugarless caramel-flavor for the carb-conscious or diabetic consumer, or even a gourmet blend (rosemary-garlic Parmesan, anyone?) to munch while watching your favorite period drama… the sky’s the limit! 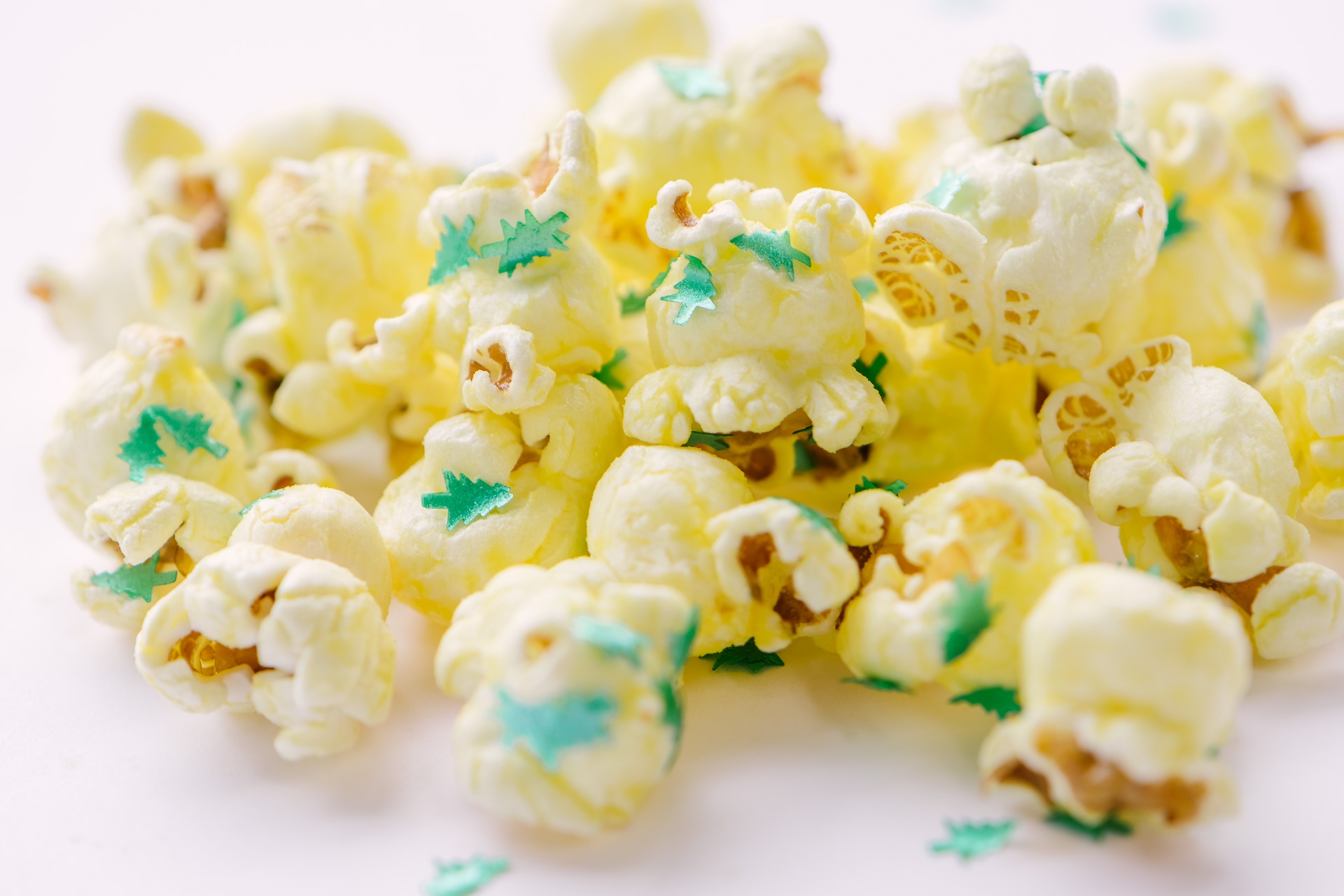 An assortment of individual packets of Edible Glitter™ can even be included in the package, allowing consumers to custom-blend their favorite flavors to their personal preference.

Sweet, savory, spicy… the choice is yours!